Sunday charts ahead, but a few quick thoughts before the regular data:

I think in the non-stop macro news flow where everything is pegged to analyst expectations, it’s easy to lose sight of the long-term picture and the chart above does a good job of level-setting. From then till the end of September 2011, unemployment stayed above 9%. Do we think unemployment will be above 9% by end of 2021? Even at the end of 2012, unemployment was near 8%. I believe we’re going to see a far more robust recovery than the last crisis.

I continue to enjoy Spotify’s earnings channel and Cloudflare (NYSE: NET) was a good listen. The company does a ton of things but in my opinion the easiest way to describe them is a solution for companies that want internet security as a service as well as other general cloud services for things like scaling and reliability (load balancers, content delivery networks (CDNs), fast Domain Name System (DNS) resolution). You could almost think of them as an AWS competitor, but one that in my opinion doesn’t require as much vendor lock-in and can be used alongside AWS.

One of the company’s slides from its Q2 deck does a good job summarizing their competitive advantage:

Considering the hyper growth and stock performance we’ve seen from the likes of FSLY, FEYE and the cloud giants, NET seems like they have a little bit of everything going. My experience working for software companies has been that developers don’t want to have to deal with a bunch of third party services and have ongoing conversations with tons of vendors. They want simplicity and pricing that is easy to understand. Matthew Prince (company CEO) is a former database administrator and from what I’ve seen has an extremely developer-first mindset. Companies consider NET essential to their tech-stack. Take a look at Prince’s opening comments on the call:

So what’s going on? We believe the pandemic force companies distort their vendors into two buckets, nice to have and must have. All indications from the quantitative metrics we’re watching as well as the qualitative conversations we’re having with customers are that Cloudflare is squarely in the must have bucket. Of course, we are part of the larger global economy and less we forget we’re still in the midst of a global pandemic. So lots of risks remain, but we see no indication that we are really uniquely exposed to the effects of the crisis, quite the opposite.

Some notable highlights from their call:
– ~50% revenue CAGR and 76% GAAP gross margin
– Raised guidance while noting they overly pessimistic on bad debt expense and concessions in Q1
– Winning over customers who were also considering AWS for cloud solutions
– Blocked record number of DDOS and other cyber attacks during quarter – this is relevant as I think NET will become a more attractive solution as security concerns grow as companies move to remote-first
– Record hiring

I’ll do a longer post on NET at some point in the future. 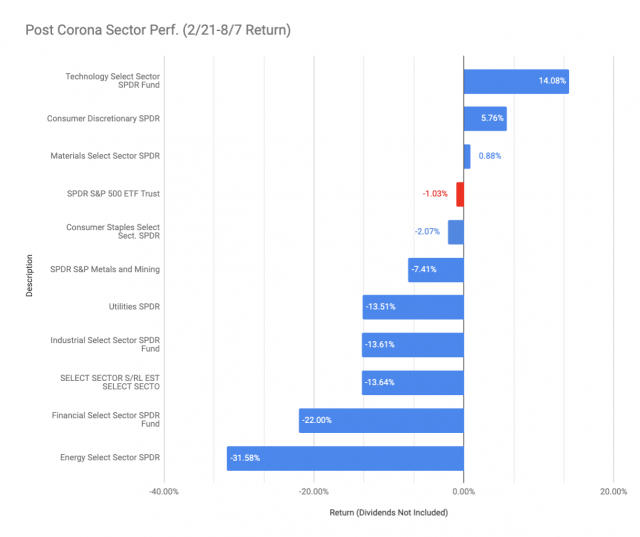 Tech extends its lead over everything else. My contrarian instincts tell me this has a lot of room to run as opposed to a sector rotation being imminent. 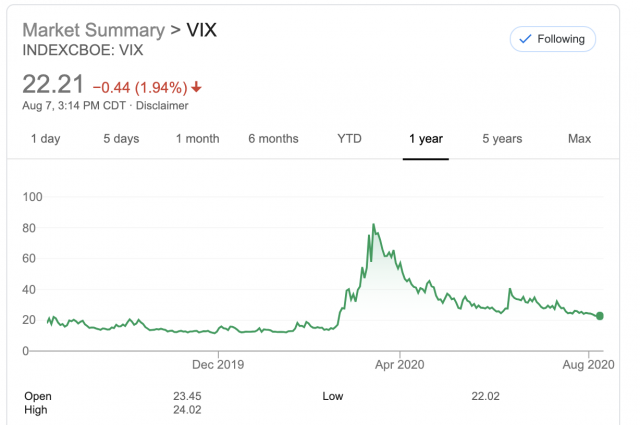 Down from ~24.5 last week. Paired with the Fear / Greed index, it seems like technically the market is due for a sell-off. 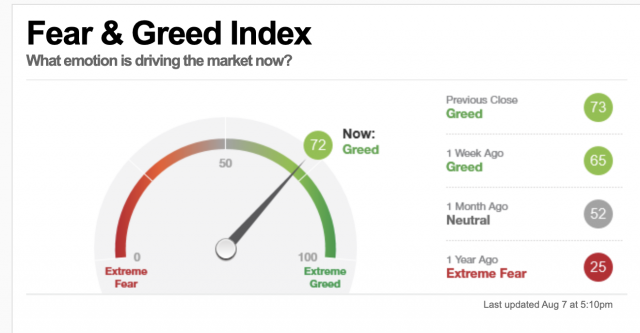 Moving towards extreme greed. Interesting this was extreme fear a year ago when the economy from a data perspective was looking way better. Further proof that stock market is forward looking. 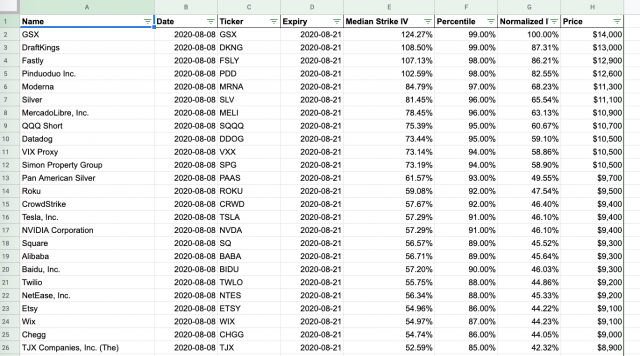 FSLY is an intriguing one to me as most of the vol I think is around its biggest customer – TikTok. If you believe TikTok is here to stay on the US app store, I think the company has upside.

I continue to be impressed with second quarter earnings and economic data. Despite the market feeling overbought from a fear / greed and IV perspective, as a long-term investor I try to take a 50,000 foot view and buy stocks I like when the decade-plus outlook is great. Will we see NET and PYPL down 25% from where they are now? Possibly, but if so I’ll buy more. Whenever I buy something, I like to spread purchases out over a year or more, so mistiming the market isn’t a big concern.